Heidi Welker was recognized for her ability to bring people together and lead high performing teams that drive results. As President of the PCMA Canada East Chapter from 2012-2014 and her many years of service before that, Heidi was renowned for bringing members together and encouraging them to dream big. 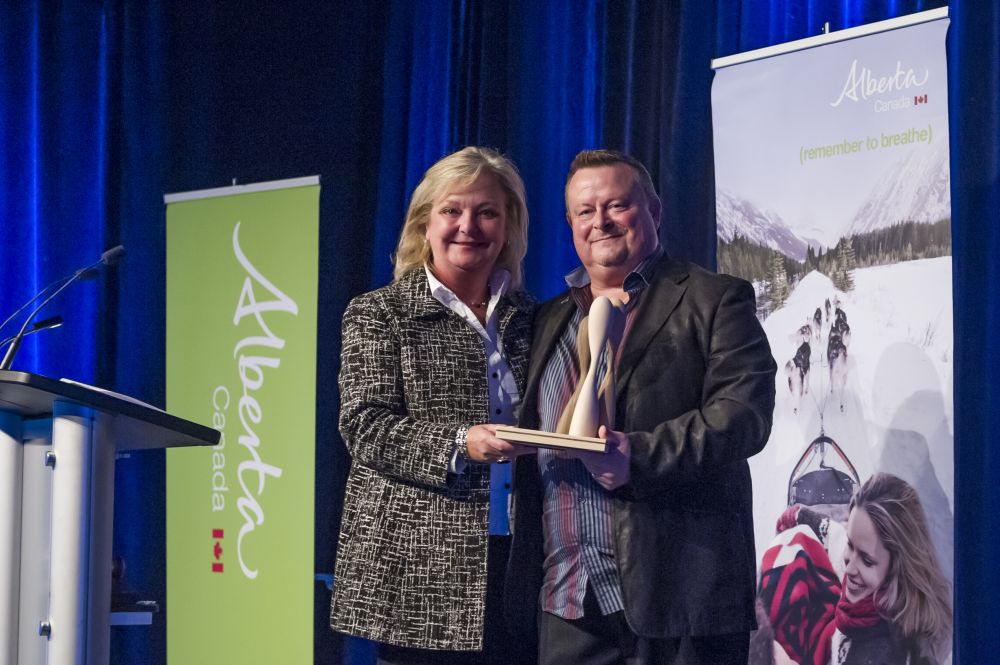 “This recipient’s greatest talent is inspiring others”, said Chuck Schouwerwou, President of the PCMA Canada East Chapter. “As a role model, this woman has proven to be a shining example to woman and men alike, rising from being hired as a sales person to becoming a Vice President in the company she currently works for.

The President’s award is given out solely at the discretion of the President to recognize persons who had a major impact on their journey to becoming president or during their year of President. Up to two individuals can be recipients of this award in a given year. Freeman would also like to congratulate Barry Smith, President & CEO of the Metro Toronto Convention Centre, for being honored with the President’s Award for 2016.

As part of the world’s largest brand experience organization, Freeman Audio Visual uses the power of technology to make meaningful connections with a multitude of audiences through the production of meetings, conventions, special events and trade shows. Freeman invests heavily in maintaining and growing its stable of state-of-the-art technology around the world. Freeman Audio Visual provides a full range of services to support the way audiences engage with content as the landscape continues to change.

Freeman Audio Visual has a deep, rich history of success and has received numerous awards recognizing its outstanding performance in technical, staging, corporate social responsibility, sustainability, customer service excellence and partnerships. Together with its customers and partners, Freeman Audio Visual will continue to serve clients throughout North America and the rest of the world through its growing global network. For more information, visit www.www.encore-can.com.

Recognized by Advertising Age as the world’s largest brand experience company, Freeman uses the power of integrated digital and live brand experiences to move markets, connect markets, connect people, support growth and generate revenues for the world’s leading companies and associations. Freeman derives insights that help define program strategies, target key audiences, deliver meaningful messages and drive revenues and results. Through its expansive network of offices, talent and global partnerships, Freeman has the reach and access that is unmatched in the industry. A family- and employee-owned company, Freeman is known for its stability, strength, customer service mentality and its success over its 87-year history. A values-driven company with a strong and purpose-built culture, Freeman is dedicated to making meaningful connections with audiences. This is accomplished through a process of continuous innovation and improvement. Freeman produces more than 4,300 expositions annually and 11,000 other events worldwide. Freeman has been awarded multiple consecutive J. D. Power awards for its Customer Call Center. For more information, visit www.freeman.com.

Back to Blog
We use cookies on our website to give you the most relevant experience by remembering your preferences and repeat visits. By clicking “Accept”, you consent to the use of ALL the cookies.
Cookie settingsACCEPT
Manage consent

This website uses cookies to improve your experience while you navigate through the website. Out of these, the cookies that are categorized as necessary are stored on your browser as they are essential for the working of basic functionalities of the website. We also use third-party cookies that help us analyze and understand how you use this website. These cookies will be stored in your browser only with your consent. You also have the option to opt-out of these cookies. But opting out of some of these cookies may affect your browsing experience.
Necessary Always Enabled

Any cookies that may not be particularly necessary for the website to function and is used specifically to collect user personal data via analytics, ads, other embedded contents are termed as non-necessary cookies. It is mandatory to procure user consent prior to running these cookies on your website.